If you’re considering medical school in Canada, you’ve likely heard that there are significant pay differences between Canadian doctor salary vs US. The reason for this gap is because of the way our single-payer healthcare system is structured.

In Canada, doctors must bill their services to provincial health authorities at standardized rates. The different medical specializations earn different salaries each year depending on the number of patients that they see and the average cost of each procedure. However, while the cost of different procedures might vary depending on the provincial body that regulates them, they will typically be fairly stable across provinces – that is, a doctor working in Ontario doing a hip replacement will have a relatively similar income from the procedure as one working in Alberta.

Instead of billing a government authority, American healthcare providers bill health insurance companies for the procedures they perform with any remaining costs covered by the patient. This leads to differences in the amount billed for each procedure. For example, a surgeon doing a hip replacement in Canada can bill the government for around $650. The average cost of the same procedure in the US is $1634. This can lead to a significantly larger doctor salary in the US vs Canada. But do these pay differences exist across all specializations? What are the advantages to choosing the Canadian system instead? Here are some factors to consider when you’re deciding whether to cross the border or not.

The pay gap for doctor salary US vs Canada has a lot more to do with your medical specialization then you might expect. Although doctors typically do earn more in the US, to make a blanket statement would be misleading – an NPR investigation found that Canadian family doctors actually earn a similar salary to American general practitioners.

So where are the pay gaps for doctor salary US vs Canada? Mainly in surgical specializations. An orthopedic surgeon working in the US can earn upwards of $400,000, versus just over half of that in Canada. The more specialized your practice is, the more you stand to gain from practicing in the US. Physicians employed in hospitals or academic settings can also experience a significant difference in pay compared to doctors working in private practice.

This could explain why a third of US doctors are family physicians, versus just under half of Canadian doctors. In Canada the family doctor acts as a gatekeeper for referrals and specialists, while the American patient is free to choose their own provider. This places more emphasis on the specializations rather than on general practice, which is why more US medical students tend to specialize.

This can make the pay gap between specializations even larger, although American data on doctor salary is also difficult to obtain – since doctors do not report to government regulatory bodies, data on their salary has to come through self-reported surveys. This means figures on US salary for doctors have the potential to be misreported or exaggerated, which could be contributing to the belief that American doctors make more money.

The greatest benefit for a physician staying in Canada to practice is legal protection. Canadian medical system is not inherently litigious the way the American system is. This is caused by the institutional systems itself – Canadian doctors are protected by malpractice insurance, which is provided by the Canadian Medical Protective Association. Doctors pay fees to the CMPA that are based on the area where the doctor works and the type of medicine they practice, and not on the number of malpractice claims filed against them. The provincial regulatory bodies then reimburse doctors for a large percentage of these fees. In the US, doctors pay a third party insurer for their malpractice insurance.

The nature of the legal system also works differently for Canadian and American doctors. In Canada, if you are sued for malpractice, the CMPA will defend your case on your behalf – often quite aggressively. The reasoning behind this is that the regulatory bodies in Canada want to actively discourage victims from pursuing legal action against their medical practitioner. Damages are capped, legal settlements are uncommon, and the losing party is mandated to pay the legal costs – something that would discourage patients from attempting a legal claim.

The significant protections afforded to doctors in Canada are not extended to the United States, where doctors who are sued for malpractice can see skyrocketing awards for damages and a far more legally aggressive patient populace – legal damages for pain and suffering awarded to the victim in Canada are capped at $300k, while the average amount of damages in the US is $360k. This is a significantly larger liability for American doctors, both in terms of potential risk and the monthly cost of malpractice insurance, which could mean a significant difference in Canadian doctor salary vs US over the course of a doctor’s career.

Although the taxes from operating a practice in the US might be lower, Canadian doctor salary vs US could actually be higher when you take into account cost of operating a practice. According to the same Medscape survey, 48% of American physicians operate out of their own solo or group practice. This means they are responsible for overhead costs associated with operations, including billing, collections, staff salary, and insurance.

These items can be significantly more expensive deductions on doctor salary US vs Canada. Since the single payer model simplifies billing, you can handle most of your own billing needs with a good software (like Dr. Bill). But in the US, doctors are expected to negotiate with a large network of providers, each of whom only cover certain portions of the procedures. Medical practices will then need to follow up on these payments with the insurer, and either collect the remaining payment from the patient or use a third party collections service. All of this doesn’t come cheap – the costs of operating a medical practice in the United States can add up, and the additional paperwork can come with an additional need for administrators to run your practice, meaning extra salaries for you to pay.

Doctors who are considering making the move across the border would do well to take into account these costs against the additional income that they expect to earn. If you’re in a specialization where surgeons earn upwards of double Canadian doctor salary vs US, you might find it worthwhile to consider opening a new practice south of the border – but if you’re a family doctor in an area where salaries are comparable, it might not be worth it.

There are also plenty of ‘soft factors’ that impact American doctor job satisfaction versus that of Canadian doctors. The additional burden of medical documentation and paperwork in the US can be significant versus the Canadian system, and Canadian doctors are happier and report less burnout over all. Canadian doctors report better work life balance and more satisfaction with the medical system in general. At the end of the day, your choice about practicing medicine in the US versus Canada should consider not only the salary you hope to earn, but your cost of living, the legal risk of operating a practice, and the kind of medicine you want to practice.

Weigh the pros and cons of a higher salary against the cost of moving down south, and make the best decision for you and your patients.

For more on choosing a specialty check out our guide on How to Choose your Specialty (and its earning potential).

How to Automate Your Practice: A Survival Guide for the Mobile Doctor 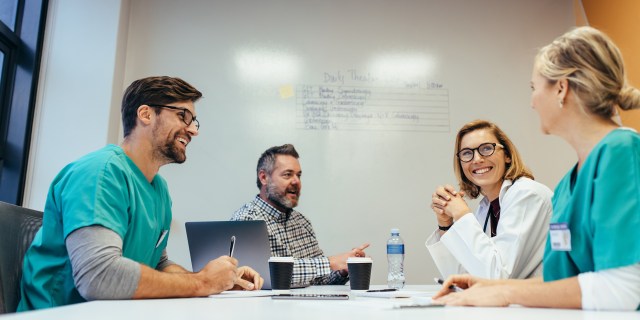 Life After Medical Residency – 10 Tips On How To Succeed 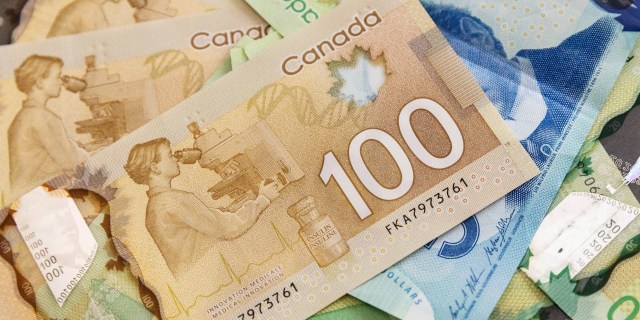 How Much do Doctors Need to Retire?